Recycling and Rubbish Removal in Marrickville 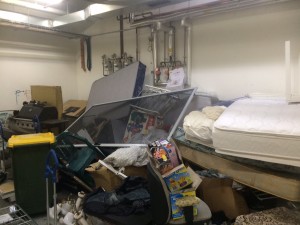 The Inner-Western Sydney suburb of Marrickville lies seven kilometres southwest of Sydney’s central business district. It is the largest suburb in the local government area of Marrickville Council, and is surrounded by the neighbouring suburbs of Earlwood, Tempe, Dulwich Hill, Sydenham, Newtown, Enmore, St Peters, Stanmore, Petersham, and Hurlstone Park. The Cooks River passes to the south of Marrickville.

Marrickville is a suburb reflecting diversity in residential, commercial, and industrial precincts. It has, in recent years, become a highly sought after place to live, with a bohemian vibe.

Like other Sydney Rubbish Removal services, Marrickville Council offers a range of kerbside collection services and other incentives:

According to the council, Marrickville residents are currently recycling half the rubbish they generate annually.

For a simple, single, same day service for all non-hazardous forms of Marrickville rubbish removal, call Andrew at AA Adonis Rubbish Removals to remove your unwanted trash, recycling, and donatable items. There is no need to take your rubbish anywhere, no need to wait for a specific date, to sort it or to even place your unwanted goods kerbside. Our professional and friendly team come to your door and do all the hard work for you. There is no better way to deal with rubbish removal in Marrickville than with us.

Sydney Rubbish Removal – Tips for keeping on top of your Trash